McGinnis’ creativity and leadership abilities lead him to directing a high-tech company division in the Los Angeles area where he was responsible for multi-million dollar budgets and implementing international strategic plans.

Wanting to expand his horizons, while exhibiting more creative control, he left his prestigious Fortune 500 position and founded the Hollywood-based advertising agency, WGD-Media, Inc. While breaking ground in his own business, he began to develop relationships with other creative talents in LA and as far as away as Australia and China. This fueled McGinnis’ passion and soon his vision took him to another level when he was inspired to create a separate company, Creativations, which introduced Mark to the business of manufacturing.

McGinnis' bold endeavor into the competitive field of manufacturing was responsible for bringing the world the first moving and glowing electronic fireflies. This unique product caught the attention and the hearts of the nation and made McGinnis realize just how fulfilling it was to capture the imaginations of the public by presenting them with a glimmer of magic. Articles about McGinnis' success and ingenuity have appeared in major publications such as Los Angeles Magazine as well as the front page of the business section of the Daily News in Los Angeles.

McGinnis' advertising agency grew, as did his reputation for cultivating inspired ideas and bringing them to fruition. As he continued to catch the attention of others that value vision and creativity, WGD-Media morphed into Avenstar Productions and after a couple of years he moved his growing company to the Boulder Colorado area.
With the move and the name change, McGinnis continues on his creative path . After dozens of successful broadcast television spots and national infomercials, Mark McGinnis is spending most of his time now producing and directing feature films - where he feels like he is at home and in his element.

Recently Mark and his wife/partner Kim - co-authored a book with Jack Canfield, Brian Tracy (co-creator of Chicken Soup for the Soul) & Jack Zufelt - called The DNA of Success - Success Stories.

Mark has recently completed his second feature film, Openings - The Search for Harry. This film has been picked up for broadcast and VOD distribution by GaiamTV. The prequel of this movie, Openings-Their Stores, will be released sometime mid 2013. There will also be a new Openings book (by Mark and Kim) and even an Openings Video Channel both slated for late 2012 - early 2013. Mark is also writing and directing the new feature film (dramady) called Ask Raymond, due to start filming early 2013.

McGinnis is a hands-on director whose passion for what he does is made evident by his uncompromising attention to detail. He considers his vision to be a gift from a higher realm and his mission today, as it was in the beginning, is to bring that vision to life in the purest way possible.

To find out more about Mark McGinnis and Avenstar Productions please visit his website www.openings-movie.com or www.avenstar.net 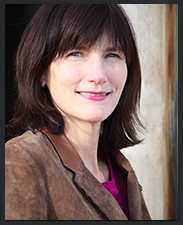 Actress, Writer, Casting Director, and Producer, Kim McGinnis enjoys life most when she is participating in any type of creative project. The finished product is a beautiful thing, but for Kim, the opportunity to explore ideas and collaborate with other creative, like-minded people - that process - is about as good as it gets.

Kim began her career in Los Angeles, California as an actress. After doing a string equity waver productions, appearing in various movies and national TV commercials, Kim wrote, produced and performed her own one-woman show, "From Chaos to Comedy." And, although, the show was met with offers to 'take it on the road,' Kim decided to go back to school and work toward getting her Masters Degree in Psychology.

Later, a series of synchronistic events led Kim to meet Mark McGinnis, who at the time had recently launched his manufacturing business and was selling electronic fireflies. Kim invested in the business (and in Mark) and the two soon became partners in business and in life.

From 2010 to 2012 Kim helped build the new nonprofit, Nighthawk Ranch, from the ground up, and then acted as the Marketing Coordinator for this camp for kids with cancer for its pilot season and then coordinated its first full-fledged season in 2012.  All 3 week-long camps were successful, packed with the desired amount kids, volunteers, and support staff.

Concurrently, Kim McGinnis produced her first feature film, "Openings, the search for Harry." After getting back into acting after 10 years, Kim was ecstatic to be playing Harry's sister in the 'Openings' film. Openings was picked up for VOD and Broadcast distribution with GaiamTV (one of the largest digital distributors in the world). Kim (with Mark) is also working on a related Openings book. In November of 2012 Kim and Mark signed with agent,William Gladstone, from Waterside Productions (represents Eckhart Tolle, Neale Donald Walsh, and other best-selling authors in the self-improvement, inspirational genre).

Kim and Mark currently have two more features in pre-production, and look forward to making films until… well, until the day when people get tired of watching good good movies. To find out more about Kim and Avenstar Productions please visit the website www.avenstar.net. And to see Kim's acting reel go to Kim-Parr.com. 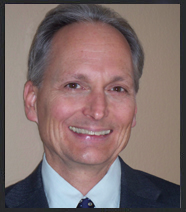 Twenty-four years in the Motion Picture Industry (see http://www.imdb.com/name/nm0662332/), Jayme served as a documentary producer and network TV camera operator (NBC), managed a Post-Production Facility in Toronto, was instrumental in the application of Digital Sound to Feature Films, and earned several nominations and awards, including Golden Reel and Oscar.

Although Jayme took a break from Filmmaking to further explore business management, as Co-Founder and hands-on architect of Skybeam, the high-speed Internet Service Provider that now serves five states, and to produce live stage and musical theater, he is now re-energized to help develop the Colorado Filmmaking network, and to collaborate on the production of high-quality, creative and meaningful motion pictures. 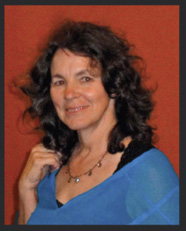 Lisa Gerstner is a music producer and a co-producer for feature films. She also produces music for corporate, commercial and ducational video. Well versed in multidisciplines, film brings together her skills as a music composer, a writer, and a fine artist. Her music, like her
paintings, expresses ethereal and impressionistic qualities. Common interest in spiritual topics led to Lisa's involvement with Mark and Kim McGinnis, their company Avenstar, and the feature film, Openings.

Lisa's performance experience with piano, ensembles, choirs, and concert bands paved the way for composing. Her composing career really took flight in 1988 when she began to hear music in her dreams. She furthered her skills by studying composition with Toby Tennenbaum and Art Lande. Her compositions range full spectrum from delicate as dew on the leaves, to thunderous and dynamic as storms. Lisa's albums Welcome Disturbance and Inquiry received awards from the Colorado Council on Arts and Humanities and the
Carbondale Council of Arts and Humanities.

Lisa has a Masters of Science in Education Media Design and Technology from Full Sail University, and currently has two books in progress: a compilation of true stories called, Spiritual Response, and the authorized biography of noted Native American Artist, Earl Biss.
To find out more about Lisa, please visit www.LisaGerstner.com. 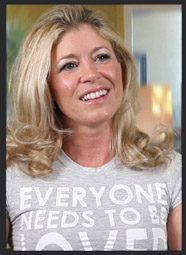 Kristi was raised by her deaf grandparents, and devotes her life to them. Growing up a hearing member in a family of fourteen beautiful people who are deaf, taught her to have immense compassion for all people without judgment at a very early age. Priceless! Kristi is an advocate/voice for the deaf culture.

For the reeactment stories, the writing team consists of Mark McGinnis, R.C. Schultz, Patrick Sheridan
Lisa Gerstner, and Michael Mann. For the primary "The Search for Harry" story the writer is Pamela Cuming.


Writer - The Search for Harry 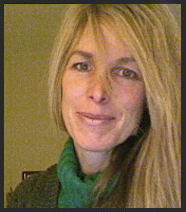 PAMELA CUMING – Writer/Director/Actress "Openings; Search For Harry", is a Produced screenwriter and Sundance Alum 2008 for co-writing; 'Downloading Nancy' starring Maria Bello, Jason Patric, Rufus Sewel receiving SUNDANCE FILM FESTIVAL Official Selection In-Competition, World Premiere. Pamela was a special guest speaker at Sundance's WOMEN IN FILM panel. "Downloading Nancy' is a dark romantic suspense thriller and was nominated for Independent Spirit Award in 2010. Ms. Cuming is also an award winning playwright and has been produced OFF BROADWAY in NYC and LA etc. Pamela's current feature film "10.31" is under option with Orinox Films and is scheduled to start principle photography May 2012.

Pamela is also Founder of Angel Street Films LLC and has written & directed over the last 2 years receiving
2nd place for "Running Horses" in the Wyoming Film Contest 2011. She is currently under contract;
co-writing and directing a dramatic feature film entitled "Only In America". Other film writing credits include
"Ghetto Physics" ('What The Bleep.." Producers) Tangra Productions, Sinatra Productions and others. As an
actor, she trained in NYC with Sandford Meisner and has a list of stage, television and film credits.